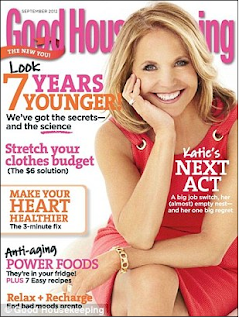 Katie Couric has launched a bitter attack on her former employers at CBS and claimed that she felt ‘liberated’ after leaving the TV network, according to a story at dailymail.co.uk.

In an interview for the September issue of Good Housekeeping, Couric said that bosses made her five years working for the company a misery because they were ‘projecting their own issues onto me’.

She said that anchoring CBS Evening News left her feel ‘constrained’ and that only by biting her tongue and just getting on with it could she deal with the poisonous atmosphere.

Couric said that since leaving she has been far more relaxed and that not having to put on makeup every day is a ‘Godsend’.