Study: The Politics of TV Shows

The Republican and Democratic parties are gathering in the coming days to officially launch the Presidential campaigns of Mitt Romney and Barack Obama. In doing so, the candidates, the parties and their support groups will unleash unprecedented amounts of cash in an effort to influence American voters through advertising, much of it on TV. As such, Experian Simmons has released a new list of the top 20 television programs for reaching party loyals as well as three key swing voter segments. 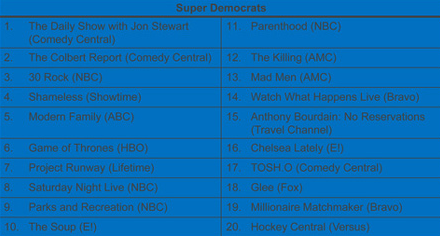 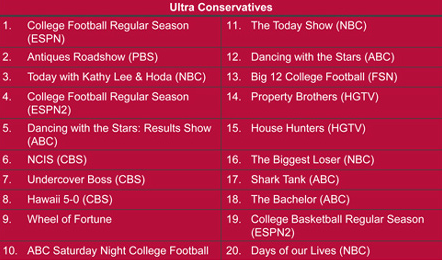 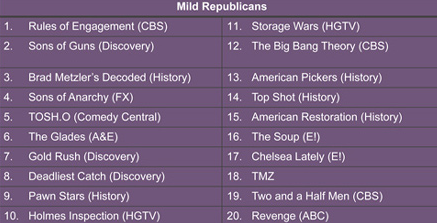 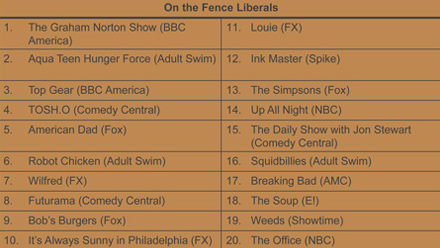 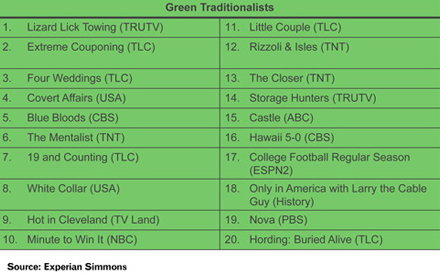