Ryan Murphy and Ali Adler's new comedy, which tells the story of a single mother who becomes a surrogate for a same-sex couple, was deemed “inappropriate” by Utah station KSL-TV. 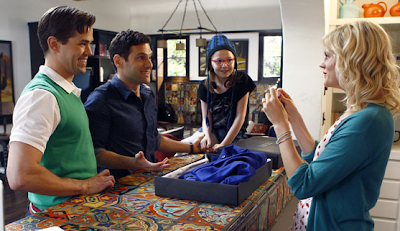 "Same-sex families are a beloved part of American television thanks to shows like Modern Family, Glee and Grey’s Anatomy," GLAAD President Herndon Graddick said in a statement according to The HollywoodReporter.

"While audiences, critics and advertisers have all supported LGBT stories, KSL is demonstrating how deeply out of touch it is with the rest of the country."