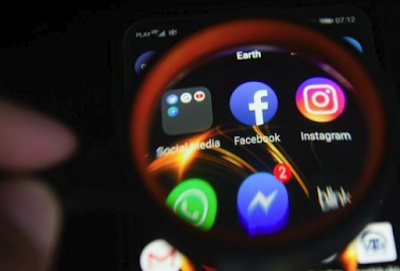 Sheryl Sandberg, Facebook's No. 2 executive, pushed back Friday on the growing calls to break up the social media company, arguing that it would not address the issues that have prompted worldwide public scrutiny, reports The Hill.

And after meeting with lawmakers on Capitol Hill last week, Facebook's chief operating officer suggested that the half-trillion-dollar company is a countervailing force to Chinese tech giants.


"Obviously any concerns we have are ones we need to answer but let me share with you something else I've heard in my meetings in D.C., and I've heard this in private meetings from both sides of the aisle, that while people are concerned with the size and power of tech companies, there's also a concern in the United States about the size and power of Chinese tech companies and the realization that those companies are not going to be broken up," Sandberg said.

Still, there's a growing constituency of lawmakers and 2020 presidential candidates who want to at least explore splitting up Facebook. Former Vice President Joe Biden and Sen. Kamala Harris (D-Calif.) have both said it's an idea worth considering, while progressives like Sen. Elizabeth Warren (D-Mass.) and Sen. Bernie Sanders (I-Vt.) have explicitly backed breaking the company up.
Posted 4:07:00 AM