Steve Kroft will retire from 60 MINUTES at the end of his 30th season on America’s most-watched news program.

The 73-year-old correspondent is currently the newsmagazine’s longest-tenured reporter, having reported nearly 500 60 MINUTES stories – many among the broadcast’s biggest moments. Kroft will announce his plans to step down this Sunday, May 19 after the broadcast’s 51st season finale. 60 MINUTES will celebrate his 50-year career as a journalist with a special tribute broadcast this September.

“Steve Kroft’s reporting for 60 MINUTES has been as important as any correspondent’s in the history of this broadcast,” said 60 MINUTES executive producer Bill Owens. “Steve, with his sharp eye for detail, rich writing and demanding journalism, has set the bar at 60 MINUTES for three decades.”

“From the moment Steve Kroft arrived at CBS News in 1980, he has been shot out of a cannon and wherever he landed his stories broke news, had depth, and a strong sense of humanity,” said Susan Zirinsky, CBS News president and senior executive producer. “From Central America to a tour of duty in London, and back to New York, his destiny was clear – Kroft’s investigative instincts and ability to unravel the most complex stories made him a perfect fit for the 60 MINUTES team.”

Kroft’s last segment this Sunday will be an investigation into bank fraud. It’s a fitting coda for a correspondent who won most of his awards for investigations, including all five of his Peabody Awards. Two of the coveted medals came in the same year in a feat no other 60 MINUTES reporter duplicated, for segments on the astronomical costs of end-of-life care and the vulnerability of infrastructure to computer hackers. 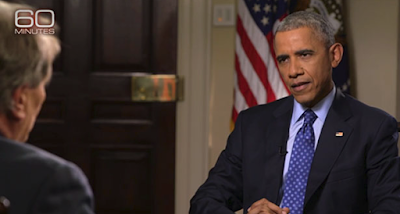 When Kroft came to 60 MINUTES in 1989, he joined a journalists’ Murderers’ Row of Mike Wallace, Morley Safer, Harry Reasoner and Ed Bradley. Determined to compete with these television news stars on a top-five program, he went to radioactive Chernobyl to report an eerie tale that won an Emmy and immediately took its place on the broadcast’s highlight reel. The next season, Kroft’s rare, tough look into how the military disciplined a veteran officer for a deadly friendly fire incident earned him his first Peabody Award. Then he landed the historic interview with Bill and Hillary Clinton that CBS broadcast to 34 million people after the 1992 Super Bowl.


In another historic sit-down, Kroft interviewed President-elect Barack Obama in a television event that drew over 25 million in November 2008 and remains the largest 60 MINUTES audience since 1999. He interviewed Obama 11 times as president.

Kroft’s career began in the U.S. Army as a correspondent-photographer for Pacific Stars and Stripes in Vietnam after his graduation from Syracuse University in 1967. He got his master’s degree from Columbia Journalism School in 1975, and worked in Jacksonville and Miami where he won local television awards for his reporting on political corruption and the thriving drug trade there. CBS News hired him in 1980; he was named a correspondent in 1981. Kroft covered the civil war in El Salvador and the invasion of Grenada before he was posted to the London Bureau, where his reporting on European affairs and terrorism on the CBS EVENING NEWS caught the attention of executives. They brought him back in 1987 to be the principal correspondent on “West 57th,” a fledgling newsmagazine that became a stepping-stone to 60 MINUTES.
Posted 12:26:00 PM