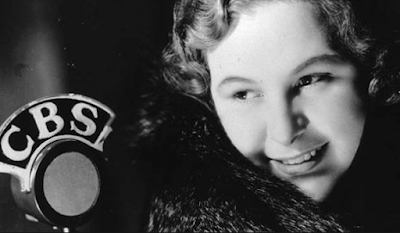 Kate Smith’s rendition of “God Bless America” has been scrapped at Yankee Stadium, but Bronx Bomber fans are going to bat for her over allegations of racism.

Smith’s niece, Suzy Andron, told The NYPost she is “honored” by the groundswell of support for the late singer among fans and media.

“Most are solidly behind the positive notion that this is a misunderstanding by a few people who took two or three of her songs [out of 3,000 that she recorded] out of context and inflated a story that my Aunt Kathryn must have been a racist,” Andron said.

“Unfortunately, the Yankees bought into it.”  She added: “Most reasonable people realize that it was a misunderstood, knee-jerk over-reaction which they hope will be corrected soon.”

One superfan told the team he was “boycotting the Yankees until Kate Smith is back, otherwise I am kissing a half century of loyalty goodbye.” 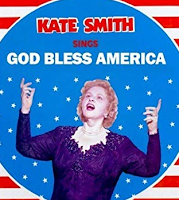 Foley reasoned that if the Yankees judged past and current employees as they did Smith, Babe Ruth and other legends would be scrubbed from the stadium next.

“Why not purge the lot of them and be honest about your political correctness. Remove the plaques from Monument Park,” he wrote.

“The Yankees are better than this,” added Staten Islander Ray Hagemann, whose brother, John, was an MLB scout for 50 years.

He thinks Smith should be reinstated because booting her was “almost as bad as if they suddenly decided, without adequate explanation, to disassociate themselves with Babe Ruth.”

Smith was a major star of radio. The Kate Smith Hour was a leading radio variety show, offering comedy, music, and drama with appearances by top personalities of films and theater. The show's resident comics, Abbott and Costello and Henny Youngman, introduced their comedy to a nationwide radio audience aboard her show, while a series of sketches based on the Broadway production of the same name led to The Aldrich Family as a separate hit series in 1940.

Smith "stirred patriotic fervor" during World War II and contributed to selling over $600 million (equivalent to $10.2 billion in 2018) of war bonds during a series of marathon broadcasts. No other show-business star came near her as revenue producer of War Bonds to finance the United States' war effort.
Posted 1:16:00 AM