In conjunction with NBC Sports and NBC Sports Radio, Westwood One will once again present live play-by-play audio coverage of the Stanley Cup Final, starting Monday, May 28, when the Vegas Golden Knights take on the Washington Capitals in Game One of the best-of-seven series.

Both teams are looking to win their first Stanley Cup in franchise history, and the Golden Knights are trying to become the first expansion team in American sports history to capture a championship in their inaugural season.

Albert calls regular-season and post-season NHL games on NBC and NBCSN and has served as a hockey play-by-play commentator for NBC Sports at five Winter Olympics. He is also the radio play-by-play voice for the New York Rangers.

Micheletti serves as an analyst for NBC Sports Group’s NHL regular-season and post-season coverage, and is a TV analyst for the New York Rangers as well. He began his broadcasting career in 1985 as part of the St. Louis Blues radio team. 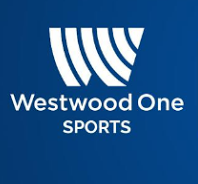 Ferraro scored 408 goals during an NHL playing career that spanned 18 seasons. Since his retirement in 2002, he has broadcast hockey games for many networks, including ESPN, CBC and CTV, and currently works as an analyst for both the NHL on TSN and the NHL on NBC.

Goldstein is the longtime hockey voice of the Florida Panthers. With the team since 1997, he's in his 11th season as TV play-by-play announcer on Fox Sports Florida. Prior to taking over the TV job, Steve was the radio play by play announcer, and served in the same capacity for the 2010 and 2014 Winter Olympics on Westwood One.