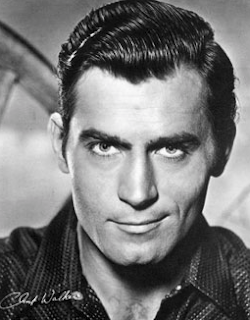 Clint Walker, a former merchant seaman and real-life deputy sheriff who roamed the West as a towering, solitary figure on “Cheyenne,” the first hourlong western on television, died on Monday in Grass Valley, Calif.

He was 90, according to The NYTimes.  Walker lived in Grass Valley, about 60 miles northeast of Sacramento.

Walker also appeared in the “The Dirty Dozen” and other movies, but he was best known for “Cheyenne,” seen on ABC from 1955 to 1963.

Walker — born Norman, but renamed Clint by Jack Warner of Warner Bros. — played Cheyenne Bodie, a big-hearted man who performed good deeds and fought bad men in his wanderings. “Cheyenne” was among the first television series produced by Warner Bros., and it had the lavish look of a big-screen movie. 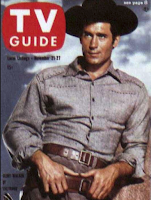 As shooting of the show’s first season began, Mr. Walker confessed to the crew that he did not have a great deal of experience on horseback. He later recalled the response: “You’ll either be a good rider, or a dead one.”

“There were a few times I wondered which one it was going to be,” he said.

Many episodes of “Cheyenne” called for Walker to be shirtless, revealing a bodybuilder’s 48-inch chest and a 32-inch waist in onscreen moments that, while maybe not essential to the plot, helped make the handsome, blue-eyed Walker a star.

He had supporting roles in “Send Me No Flowers,” a 1964 comedy with Rock Hudson and Doris Day, and “None but the Brave,” a 1965 war movie with Frank Sinatra, who also directed.

In “The Dirty Dozen,” released in 1967, he played the meek Samson Posey alongside a crew of hardened military convicts — played by Jim Brown, Charles Bronson, Donald Sutherland and others — who were recruited for an assassination mission behind German lines during World War II.