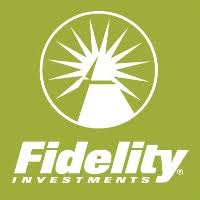 Fidelity Investments is feeling indigestion over its holdings in Entercom Communications Corp.

According to philly.com, Fidelity, based in Boston, has taken an 10.9 percent stake in the Bala Cynwyd-based radio station group whose shares are now trading around a five-year low after a first-quarter earnings miss.

Wall Street has punished the stock, knocking 25 percent off its value from early May, as Entercom CEO David Field has said he does not expect a recovery until later this year. Entercom stock was down $. 05, or .64 percent, to close Monday at $7.75.

Fidelity Investment now owns 15 million Entercom shares, or more than the 9.4 million shares held by the founding Field family, according to a recent regulatory filings with the Securities and Exchange Commission. Because of a super-voting class of stock, the Field family, father, Joseph, and son, David, control 28.4 percent of the shareholder vote in the radio giant.

Fidelity spokesman Stephen Austin said the investment company does not comment on “companies or specific holdings.”