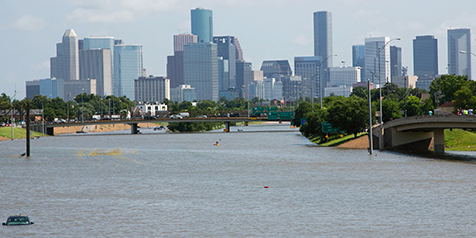 Tucked within that spending bill signed by President Donald Trump last week is a requirement that broadcasters be allowed access to disaster areas in order to maintain facilities during times of emergency.

According to RadioWorld, several graphs from the 2,232-page federal appropriations document spell out amendments to the “Robert T. Stafford Relief and Emergency Assistance Act” that updates the definition of “essential service providers” who have access to disaster areas during federally declared emergencies, according to Scott Flick, partner at the Pillsbury Winthrop Shaw Pittman, who shared the information in the company’s CommLawCenter newsletter.

Recent natural disasters, including last year’s hurricanes Harvey and Irma, seemingly prompted the changes, though Flick notes that some states have previously adopted First Informer measures that allow designated broadcasters to enter areas during an emergency to maintain essential broadcast equipment. “The result was a significant improvement, particularly in disaster-prone states, but it still resulted in a patchwork approach, with some states issuing disaster credentials to broadcast personnel, other states taking a variety of approaches as to how broadcasters identify themselves to emergency personnel with swiftness and certainty, and still other states simply having no reliable disaster area access for broadcasters at all.”
Posted 9:49:00 AM