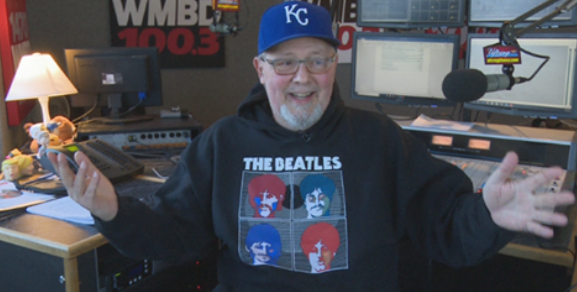 Alpha Media has announced Scott Robbins will be returning to The Markley and van Camp Show as a contributor, just as the show begins national syndication.

Robbins, a radio veteran will have been in the industry for 40 years this May. In 2012, he started on WMBD, Peoria, IL. with Jamie Markley joining him in 2014 thus creating The Robbins and Markley Show. Two weeks after signing a syndication deal, Robbins suffered a heart attack.

As he was rushed to the hospital, he endured a second heart attack causing his heart to stop for 40 minutes. Robbins was revived and had a third heart attack stopping his heart for 10 minutes. Against all odds, he was again revived. After 5 bypass surgeries, doctors said there was only about a 5% chance he would make it but Robbins proved them wrong. 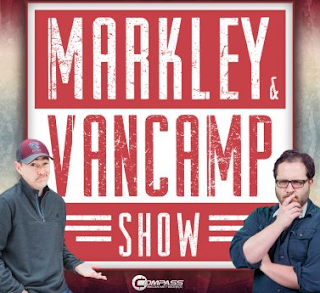 After the surgery he was put into a medical induced coma for one month. Robbins would now need to start from the beginning; to regain his speech and physical movement. Three months in the ICU of a 6-month hospital stay and attending therapy 4 times a week and dialysis 3 days a week, he began to slowly improve and was removed from the kidney transplant list. While at home recovering, Robbins fell and broke his tail bone and was placed in a retirement home for a month to attend daily therapy.

“Don’t stop. Don’t quit. Fight through. I don’t take anything for granted now. Every day is a new day. I’m breathing and I get to do what I love. Always do what you love, and if you don’t love something, find something you love because life is short. I am extremely thankful for this second chance and to be able to join Markley and van Camp on the airwaves once again,” remarked Robbins.

Robbins recovery spanned over two years, but during a visit from Alpha Media, Peoria SVP/Market Manager, Mike Wild in late 2016, the two agreed Robbins was ready to start slowly returning to the airwaves. A few guest appearances and fill-in roles led to a two-hour daily show on W251BQ Peoria/WNGY 95.9 HD The Sports Nut in May 2017. Robbins will continue to do his show on The Sports Nut while he joins Markley and van Camp, contributing to the day’s top trending stories during the syndicated show.

Wild commented, “Scott is a walking miracle and an inspiration. He’s also an amazing talent and his intense passion for radio was never so clear as during his recovery. He couldn’t wait to get back on the air and remarkably he’s still the same compelling personality even after all he’s been through.”

“Scott and I have been like brothers for years, and I’m sure he’d tell you I irritate him like a brother at times. He’s always made me laugh so much, we’re beyond pumped he’s with us on this ride. It was a long shot he’d survive, let alone be able to do radio again. I thank God for his recovery and the opportunity for all of us to do this show together. I think Scott’s comeback is truly a great story,” added Markley.

“I’m thrilled he’s going to be on the show. He’s been working his tail off getting to where he is now. Scott’s one of the best broadcasters I’ve ever worked with, and it’s awesome to have him on the team,” stated van Camp.