What Radio Can Learn From Hillary Clinton 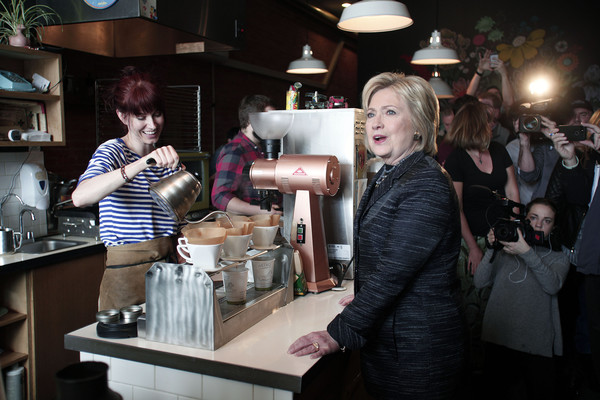 Democrat Presidential Candidate Hillary Clinton made the race in Michigan all about the lead in Flint’s water, her opposition to the state’s controversial emergency manager law and her opponent’s vote against a bailout for the auto industry.

According to The Washington Post Daily 202, the crisis in Flint had been going on for some time before the former Secretary of State sent emissaries to visit, secured the endorsement of the city’s mayor and then insisted on having a debate in the city, 70 miles northwest of Detroit.

It is part of a pattern for Clinton. She’s approached every primary more like it was a Senate race than a presidential election by identifying a local issue that would play to her advantage and then championing it.

It’s not just infrastructure. It's about being "local".

Clinton has campaigned against voter ID laws in Alabama and Missouri, a religious freedom bill in Arkansas, as well as right to work legislation in Illinois, Missouri and West Virginia. She supported a settlement that New Orleans's Democratic mayor negotiated with FEMA and lauded a student loan refinancing program unveiled by Minnesota's Democratic governor.

She picks her spots wisely. The minimum wage is a frequent target. Last Friday, Clinton endorsed Washington State’s ballot Initiative 1433, which would phase in a $13.50-an-hour minimum wage by 2020 and allow workers to earn more paid sick leave. Last month, she denounced an effort by the Alabama legislature to block a minimum wage increase in Birmingham. In January, she embraced a bill introduced in Virginia’s state Senate to raise the minimum wage to $8 an hour.

Just Monday, the Clinton campaign sent a press release to journalists in Hawaii “regarding her support for the Native Hawaiian community.

Clinton’s strategy allows her to bypass the national media’s unhelpful focus on process, not to mention her State Department emails and Goldman Sachs speeches, and campaign on her own terms.
Posted 3:57:00 AM