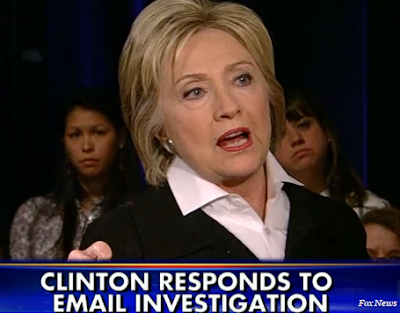 Fox News host Bret Baier grilled Hillary Clinton over her use of a private email server during her first appearance on the network in more than two years on Monday.

In a network town-hall event, Baier pressed Clinton at length about her use of a private email server while she was the US secretary of state.

"The FBI investigation is still hanging over your campaign, and there are some Democrats who are worried about the other shoe dropping," Baier said.

Business Insider reports The former secretary of state vigorously refuted claims that her past statements about sharing classified information on her private server were inaccurate.

"There's a lot of misinformation going on around here, so let me start with the facts," Clinton said.

Last March, facing criticism for exclusively using a private server during her time as secretary of state, Clinton handed over about 30,000 work-related emails for the State Department to make public. She deleted about 31,000 more emails she says were personal in nature. Since then, many of the released emails have been marked classified upon their release.

Clinton reiterated that she believed she made a "mistake" in using a personal email account instead of an official government account. But she argued that none of the emails she sent or received were marked classified at the time.
Posted 9:15:00 AM