Politico is reporting that Fields alleges Lewandowski strong handed her on Tuesday night as she tried to ask Trump a question following his press conference in Jupiter, Florida. Washington Post reporter Ben Terris has backed up her claim. 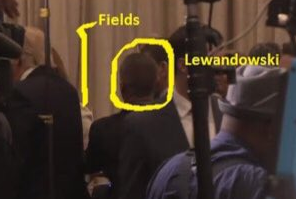 The Trump campaign has flatly denied the allegations, going so far as to question Fields' motivations and personal history.