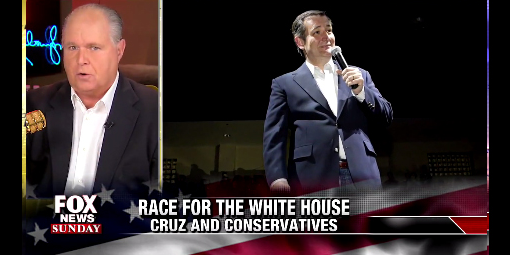 "I think with the case of Trump, there’s a much bigger upside than downside," said Limbaugh while appearing on Fox News Sunday.

Limbaugh also said he believes that the divide between the Republican establishment and conservatives is “longer, broader, wider than I have ever seen it."

But Limbaugh said that despite its divisions, he thinks the Republican Party will eventually settle on a nominee who will be better than the Democratic candidate, regardless of whether it is Hillary Clinton or Sen. Bernie Sanders (I-Vt.).

He also said he doesn't believe that Florida Sen. Marco Rubio (R) will have an opportunity to get enough traction to get the nomination. And he generally praised Texas Sen. Ted Cruz (R).