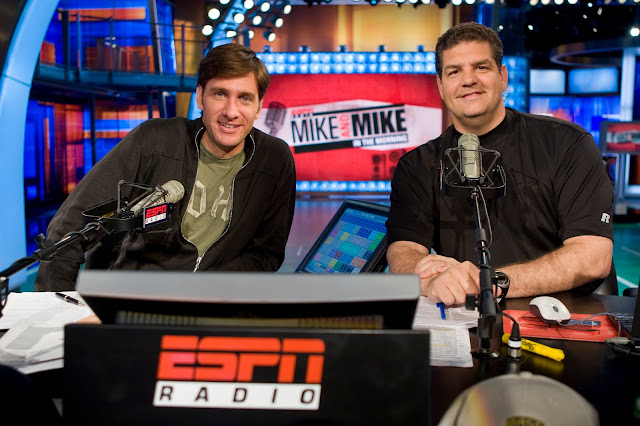 The induction will occur during the NAB Show Radio Luncheon, held Tuesday, April 19 in Las Vegas and sponsored by ASCAP..

“Golic and Greenberg, with their mix of sports savvy and humor, have been informing and entertaining fans for more than 15 years,” said NAB Executive Vice President of Radio John David. “The two have seamlessly combined their passion for sports with radio, and we are honored to add them to our distinguished Hall of Fame.”

Golic is a nine-year NFL veteran, where he played defensive tackle for the Houston Oilers, Philadelphia Eagles and Miami Dolphins. While in Philadelphia, he began his television career with a weekly segment on the “Randall Cunningham Show.” He received a Mid-Atlantic Region Emmy Award for his feature “Golic’s Got It.”

Greenberg joined ESPN in September 1996 as an anchor on ESPNEWS and also later anchored SportsCenter. Prior to joining ESPN, he worked as a sports anchor for CLTV, the regional cable news network in Chicago. While there, he covered all local sports teams, anchored sportscasts and hosted “SportsPage,” a one-hour Sunday night program featuring in-studio guests and viewer calls. In 2007, Greenberg published his first book, “Why My Wife Thinks I’m an Idiot,” followed by his first novel in 2013, “All You Could Ask For,” both of which were featured on the New York Times best-sellers list. His third book, “My Father’s Wives,” was published in 2015. Greenberg is a graduate of the Medill School of Journalism at Northwestern University.