And The GOP Debate Winners Were... 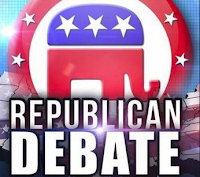 There were three clear takeaways from the Tuesday-night CNN Republican presidential debate, according to veteran GOP pollster Frank Luntz.

Luntz, who conducted a focus group monitoring the debate for Fox News, said Sen. Ted Cruz of Texas and Gov. Chris Christie of New Jersey had the breakout performances.


Luntz said the other focus-group winner was, somewhat surprisingly, Christie. The governor has teetered near the bottom of the field in public polling, but numerous participants said they were shifting their votes his way after the debate. One of Christie's breakout moments was when he ripped his rivals for what he represented as their petty squabbles.

According to Business Insider, the focus-group voters told Luntz that they loved Christie's tough talk on national security and above-the-fray approach to his competition. That contrasted sharply with how many of the candidates approached the Tuesday-night debate, with many of them bickering and going after the front-runner, Trump.

"One the most powerful moments that did not do well is when candidates went after each other," Luntz told his group after the debate. "And there was no candidate who was attacked more than Donald Trump. But every time he was attacked, you all didn't like it."
Posted 4:21:00 AM