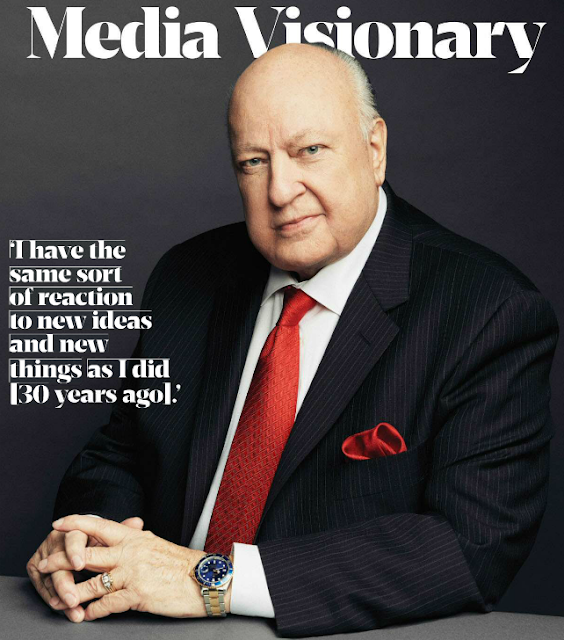 Roger Ailes says he would never run for office because he "would never do what I advised people to do, which is to behave and not punch people if they say something I don't like."

Speaking to Adweek, who named Ailes their Media Visionary for 2015, the Fox News Chairman and CEO said he had been asked many times to run for office, and "20 years ago somebody actually tried to get me to run." Instead Ailes' sole focus is on FNC and keeping the network at the top of the ratings and attractive to advertisers, even in the face of cable cord-cutting.

According to The Hollywood Reporter, Ailes said he was concerned about the trend for cord-cutting but felt FNC would suffer less than the competition. "There's an advantage to being the No. 1 channel. I think we'll get hurt less than most. So, yes, I'm looking at it. Anytime there's an attack on the money, you have to look at it."

After working closely with Rupert Murdoch for twenty years, Ailes also spoke about his nascent relationship with James and Lachlan Murdoch, the new CEO and co-chairman of 21st Century Fox respectively. "[The relationship is] very good. I don't think they knew, and I don't think I knew, how it was going to work," he said.