Tribune Publishing Says Not In Talks To Sell Itself 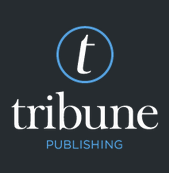 (Reuters) -- Tribune Publishing Co said it was not in talks or in the process of selling itself, after a tweet by News Corp's Rupert Murdoch on Friday that suggested its newspaper group would be sold.

Murdoch said in a tweet that he had "strong word" that the company's newspaper group, which includes the Chicago Tribune, would be bought by a Wall Street firm.

Murdoch said the Los Angeles Times would be split off and bought by local investors including philanthropist Eli Broad.

"Tribune Publishing remains committed to its strategy and transformation plan and is not engaged in discussions or a process to sell the company," it said in a letter to employees on Monday that was also filed with the Securities and Exchange Commission.
Posted 9:24:00 AM