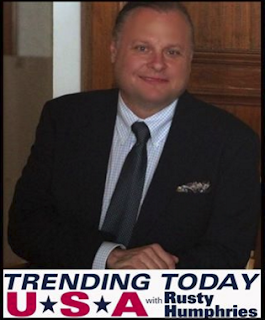 Humphries is also Senior VP/Programming.  The show will focus on the social buzz.

“This program will focus on what America is discussing, viewing, and sharing in social media,” Humphries stated. “It will breathe life into a format aching for resuscitation.”

Humphries is a musician with four recorded albums under his belt, stretching from 1993 to 2000. As a media personality with experience in music, radio, and online media, his career has crossed boundaries with unusual range. He joined USA Radio Networks the same week in which that network was acquired by Liftable Media, a social curation site that funnels buzz-worthy stories to targeted audiences. “The potential of USA RADIO NETWORKS is now unlimited,” Humphries said at the time. “People who believe ‘radio is dead’ should watch what we are doing; they will quickly change their minds.”

About the Trending Today USA program now in development, Humphries said he is more proud of it than anything else he has done in radio. Its thesis is that consumers are consuming more news than ever, but doing it on social platforms. Acting as a barometer and curator of trending buzz therefore puts radio where the listeners are, as a dynamic and relevant destination.

Humphries is putting radio, a real-time medium, into the “trending now” mix as a bet that traditional over-the-air broadcast can be as fast and whip-smart as the speedy online platforms.
Posted 3:50:00 AM