"The Howard Stern Birthday Bash" in January 2014 aired to unprecedented fan and critical acclaim, featured top-level comedians, musicians, celebrities and Howard Stern characters, and has generated ongoing buzz throughout this year.  "The Howard Stern Birthday Bash: Director's Cut" special will feature commentary and behind the scenes stories from many of those performers and celebrities including Robert Downey Jr, Dave Grohl, Joan Rivers, Jimmy Kimmel, Adam Levine, Tracy Morgan, Jenny McCarthy, Sarah Silverman and more. The special will also feature an in depth look into the production of the Birthday Bash, from the initial idea, to the rehearsal, to the star studded after party and reflection immediately after the Birthday Bash. 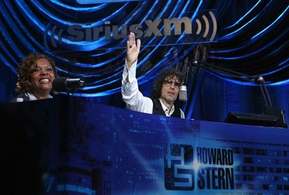