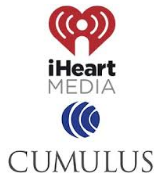 iHeartMedia Inc. last week filed a claim in U.S. Bankruptcy Court for the Southern District of New York, seeking nearly $186,000 from Cumulus Media for services provided by some of its radio stations and Premiere Networks, reports RadioWorld.

iHeartMedia says Cumulus owes it for commercial spots placed by Westwood One Radio Network, which is owned by Cumulus, on a number of iHeartMedia radio stations, including WYNR(FM), WHFX(FM) and WQGA(FM) in Brunswick, Ga., according to filings in the docket summary for the bankruptcy proceeding. iHeartMedia also seeks payment for spots Westwood One placed on iHeartMedia stations in Houston and Dallas.

In addition, Premiere Networks, which is a wholly-owned subsidiary of iHeartMedia, seeks “ratings bonus money” for its “Steve Harvey Morning Show,” which is distributed by Premiere but carried on some Cumulus radio stations, including WRBO(FM) in Memphis, Tenn., and WMGU(FM) in Fayetteville, N.C. Premiere seeks $25,000 and $3,250 respectively from the stations.

According to court records Premiere also wants $5,000 in “ratings bonus money” for its “Brooke & Jubal in the Morning” show, which airs on Cumulus-owned KKMG(FM) in Pueblo, Colo.

The unsecured claim filing by iHeartMedia joins nearly 100 other claims against Cumulus, which was carrying $2.3 billion in debt prior to the November 2017 filing. Cumulus hopes to emerge from Chapter 11 by late May.