The national organization ALIPAC is asking talk radio show hosts across America to expose the liberal pro-amnesty organization that is running false advertising in support of liberal Republican candidates on the very stations that carry the shows to conservative audiences and voters. 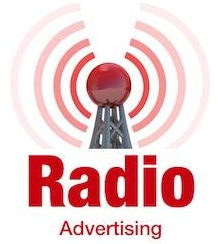 In North Carolina, a group called Americans for a Conservative Direction are spending more than $150,000 in ads that claim Congresswoman Renee Ellmers is "working hard to secure our borders, fix our broken immigration system, and no amnesty period."

"We consider these ads to be false advertising because Renee Ellmers actually does support a form of amnesty for illegal immigrants, and Americans for a Conservative Direction is a front group for the liberal Obama supporter Mark Zuckerberg's Silicon Valley-backed FWD.us," said William Gheen, President of Americans for Legal Immigration PAC.

"It is clear that this group and these ads are designed to use massive wealth to deceive Republican primary voters, and since we are so outmatched financially we are asking the talk show hosts to inform their listeners of the truth that this is a liberal group and that Ellmers does support amnesty!"

Congresswoman Renee Ellmers recently became a focal point of the battle within the GOP between those who support immigration reform amnesty for illegals and those who support the current immigration and border laws that would be undermined by such legislation when Ellmers insulted talk radio show host Laura Ingraham two weeks ago.

This week, videos of Renee Ellmers attacking her constituent Ron Woodard of NC Listen due to his opposition to amnesty are going viral across the country. Ellmers called Mr. Woodard "vitriolic, hateful, and racist" because of his stance that Ellmers should focus on helping American workers instead of illegal immigrants and those who employ them.

ALIPAC is calling on all of the talk radio show hosts in America including those who specifically have shows running on stations in Congresswoman Renee Ellmers's North Carolina district where listeners are hearing the false ads claiming she is for "no amnesty period" many times per day.

"If these talk radio show hosts truly care about their audiences knowing the truth about politicians, they will act to inform their listeners that the ads they are hearing about Renee Ellmers and other immigration reform amnesty supporting Republicans coming from a fake conservative group backed by liberals are false!" said William Gheen.
Posted 3:24:00 AM