Copps: Both Broadcasting and Wireless Are Essential

FCC Commissioner Michael Copps said Thursday he hoped that the spectrum debate was not devolving into a communications civil war, but said it probably was. He also gave a shout out to both broadcasting and wireless as "essential," and said that the FCC needs to do a better job of inventorying spectrum. 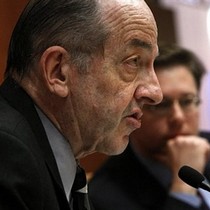 That came in an interview for C-SPAN's Communicators series, according to a story by John Eggerton at Broadcasting & Cable. The "civil war" comment was in response to statements by National Association of Broadcasters President Gordon Smith about the efficiency of broadcasting's one-to-many model versus the one-to-one cellular delivery model. Smith has said there might not be enough spectrum in the universe to accommodate one-to-one video.

Copps said he considered himself a friend of broadcasters, particularly smaller and independent broadcasters whose use of the spectrum he said "very often" serves the nation well. But he also said he understood "full well" that spectrum needs to be used and that there are swaths of broadcast spectrum, particularly the so-called "digital dividend"--broadcasters multicast channels, that aren't being fully used. He said wireless devices were spectrum hungry and would unquestionably need to be fed.

But even given that appetite, Copps said he did not think that in "every instance" it was in the public interest to remove spectrum from a broadcaster and give it to a "wireless duopoly. Copps said it needs to be market-by-market call. Realizing that "both broadcasters and wireless perform essential public services in the 21st century, and that those who are doing a good job should be recognized for doing a good job, and that includes a lot of broadcasters."

Copps said the FCC needs to get a better handle on how spectrum is being used.