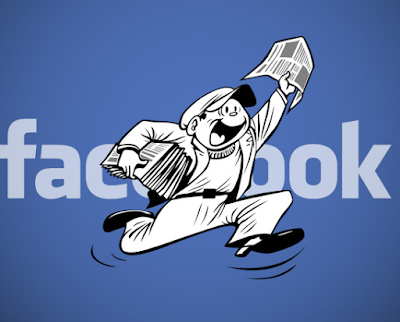 News Corp Executive Chairman Rupert Murdoch said if Facebook Inc. is serious about promoting “trusted content” and filtering fake news out of its news feed, it should pay publishers fees similar to those cable distributors pay to television channels.

According to The Wall Street Journal, Murdoch’s comments on Monday follow Facebook’s announcement last week that it plans to rank news sources based on credibility, part of its efforts to rein in false information on its platform.

“Publishers are obviously enhancing the value and integrity of Facebook through their news and content but are not being adequately rewarded for those services,” Murdoch said in a statement.

Murdoch is pushing Facebook to adopt the system of “carriage fees” that cable- and satellite-TV providers pay to carry cable-television channels and offer them to customers. The distributors pay a specified amount per month for each subscriber. It is a major source of revenue and growth for TV-channel owners.

His proposal indicates how the changes to Facebook’s news feed are raising the stakes for media companies. Facebook’s new policies, including the trustworthiness ranking and an earlier shift aimed at promoting content that triggers more user interactions, have created anxiety and uncertainty for publishers. Some are worried their content might wind up having less reach on Facebook.

Facebook said it would begin testing the credibility-ranking this week by prioritizing news reports that users have rated in Facebook surveys as trustworthy. The most “broadly trusted” publications would get a boost in the feed, while those that users rate low on trust would be penalized.

“We will closely follow the latest shift in Facebook’s strategy, and I have no doubt that [Facebook Chief Executive] Mark Zuckerberg is a sincere person, but there is still a serious lack of transparency that should concern publishers and those wary of political bias at these powerful platforms,” Murdoch said. “Carriage payments would have a minor impact on Facebook’s profits but a major impact on the prospects for publishers and journalists.”
Posted 3:18:00 AM