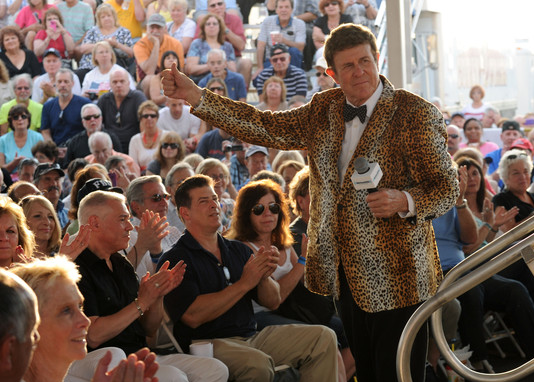 As anyone familiar with the famous radio payola scandal of the late '50s knows, the career of Alan Freed, the disk jockey who helped put rock and roll on the map, was ruined, as were others in his field for accepting illicit money to play records on their shows. Some like American Bandstand television host Dick Clark, were also called in to testify before Congress. 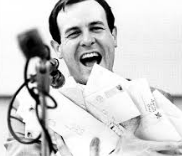 However, according to The Examiner,  Morrow, now 78, decided the other day that he wants to come clean, acknowledging that he once actually did accept a bribe from someone to play a record on his radio program.

"I did accept payola once," he admits. "It was two cherry pies from this record producer whose mother was a baker. So, in order to get his record played, he offered me a couple of cherry pies. I figured that wasn't so bad, so I took them and played his record."

Considering the millions of people Morrow has brought joy to over the past seven decades as one of America's foremost radio personalities, plus his extensive charitable endeavors, he should be forgiven for that little "misstep." 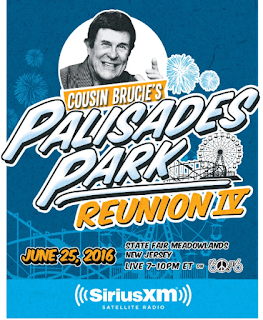 Born Bruce Meyerowitz, on October 13, 1937, in Brooklyn, New York, after adopting the familiar moniker "Cousin Brucie,"as the star of Manhattan's powerful 77WABC, he performed over 4000 shows from 1961 through 1974.

These days, when not doing his Wednesday and Saturday night shows on Sirius XM’s 60’s on 6 channel, he enjoys a peaceful, pastoral existence in upstate New York with wife Jodie, in a stone house built in the 1780’s.

Saturday night, the National Radio Hall of Famer will be hosting a big Palisades Park reunion show at the Meadowlands State Fair in East Rutherford, New Jersey, that will also be broadcast on his Sirius XM program.

Among those on the bill will be Bobby Rydell, The Mellow Kings, Fireflies, and Passions. There also will be a "Supergirls” group featuring original members of The Exciters, Cookies, and Reparata and the Delrons.

Says Morrow, "It's always a very emotional experience. The audience is very much a big part of the shows. It's like magic. It really is."