Pardon the pun, writes Gary Lycan at ocregister.com,  but Shawn Parr must know by now it's "par for the course" that anything can and will happen at KKGO "Go Country" 105. And just like every country song tells a story, so does KKGO in returning the popular Parr to morning drive radio Oct. 1. 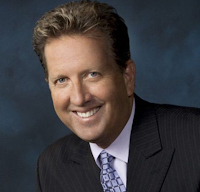 Parr was quick to use social media to get out the word during the Sept. 29 "Go Fest" concert in Irvine:

"Starting Monday I am BACK ON AT 6am!!! So looking forward to waking up Southern California!! Most of you knew 'cause (you're) GOOOOOD like that. Thank you for an amazing ride and I wont let you down!! God Bless, Shawn Parr"

A quick recap: Parr exited morning drive in late 2010, replaced by Jay Coffey. Five weeks later, Coffey was gone, with Ginny Harman filling in. Then, on Feb. 7, 2011, Ryan Fox took over with Ashley Paige as his sidekick. Fox said at the time, "I like to entertain. I like to make some people laugh. If there is a mom listening, I want her to know that she can keep listening while taking the kids to school because I will keep them all entertained."

This was Fox's big break in a major market, and based on audience feedback here, he was also popular. Parr, meanwhile, had settled into 10 a.m.-2 p.m. with Paul Freeman from 2-7 p.m.

So, what happened? Fox did not respond to a request for comment, but KKGO station owner Saul Levine said "Ryan continues to be a KKGO employee, and will be provided assignments to be determined".