For the first time since its founding 65 years ago, staff at KUOW 94.9 FM in Seattle have unionized.

The new SAG-AFTRA union affects somewhere between 50-60 employees at the station and includes announcers, hosts, producers, reporters and digital and engagement staff who want more say in the rapidly growing newsroom, according to opb.org.

“A lot of things were happening to the newsroom without any say from the reporters, and we thought: Well, maybe if we have a union we can create a template where we can have more of a say,” KUOW online editor Isolde Raftery said. 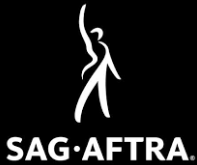 Unionizing efforts were also about pay.

During talks, employees became aware of a job producer opening at KNKX, a smaller NPR member station in the Seattle metro area. The job posting, which included information about pay between $50,000-$57,000, came to the attention of producers in equivalent positions at KUOW who realized they were earning much less.

At the same time, according to Raftery, staff were learning about large donations the station received and money the station was spending on events.

“Our birthday month gatherings were really lavish, and we would sort of look at that and be like, ‘That’s a lot of money, why isn’t this being put on salaries?’” she said.

According to Mathes, KUOW launched a compensation study late last year to compare the station’s salaries to the industry and the market. Mathes says the station has contracted for a comprehensive study that also looks at internal equity among reporters and producers.
Posted 3:18:00 AM