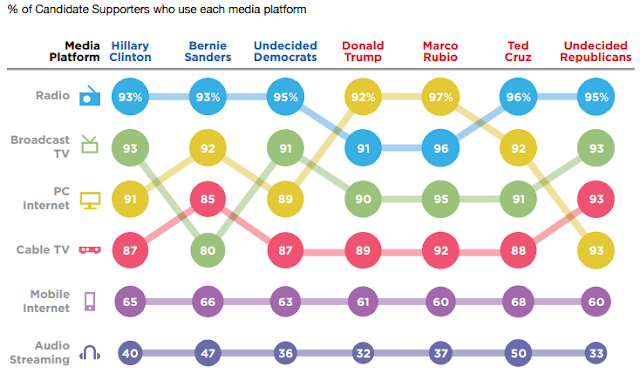 A new study on the media habits of voters found that Bernie Sanders supporters are some of the least likely among candidates' supporters to watch cable TV in general, and cable news in particular.

Undecided Republicans and Democrats were more likely to use the radio than any other medium.