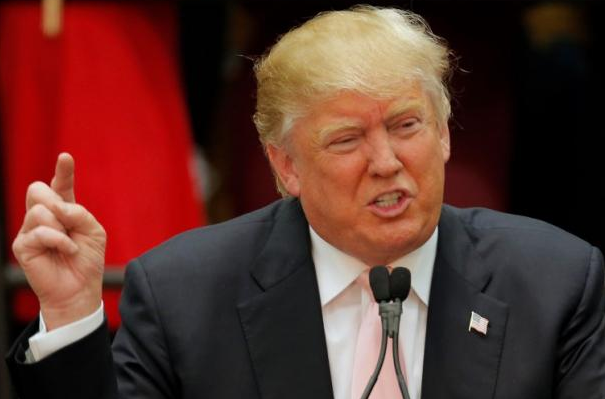 By David Randall and Jessica Toonkel

NEW YORK (Reuters) - Republican frontrunner Donald Trump has upended the presidential primaries this year by relying heavily on free air time and Twitter at the expense of local-ad buying, throwing into question estimates that the November presidential election could translate into $6 billion spent on Radio/TV advertising.

Some investors and analysts are growing increasingly concerned that Trump could continue with an advertising-light strategy built on bruising debate performances and large rallies - often shown on cable TV - even if he wins the Republican Party nomination.

“For the broadcast industry, which has pinned its 2016 on local TV ad spend, you have to believe that someone who is pretty amazing at leveraging the power of social media would be a real problem for television,” said media analyst Rich Greenfield with New York-based equity firm BTIG Research. "I think Trump elevates that to a whole new level.”

So far, some $10-million has been spent on advertising for Donald Trump, compared with $32 million for Hillary Clinton, $49 million for Marco Rubio, and almost $85 million for Jeb Bush, according to data from Ad Age. Bush dropped out of the Republican contest earlier this month after trailing badly.

“I would be worried if I was a broadcaster if Trump won,” said media industry analyst Michael Nathanson with Moffett Nathanson Research.

Trump's decision to steer clear of political action committees and use most of his own money makes it hard to assume that he will act like a traditional candidate, he said.

The concern over Trump's impact comes at a time when shares of many broadcasters who were counting on a strong political advertising market are hurting. So far this year, shares of Nexstar Broadcasting Group Inc are down 23.9 percent, Gray Television Inc’s stock has fallen 29.2 percent, and shares of E.W. Scripps Co, which Wells Fargo analyst Marci Ryvicker had previously pegged as one of the most likely to benefit from political spending, are down 9.2 percent. Wells cut its outlook for Scripps on Monday.

"It's just not looking like the kind of environment that we were counting on," said one prominent small-cap fund manager who says he has been selling shares of E.W. Scripps because of Trump's candidacy. He did not want to give his name because his trades are not yet public.

Broadcasters, like all media companies, have also been hurt by the growing trend of consumers canceling their cable subscriptions, a practice known as “cord cutting,” not to mention an economy that has been less than robust.

To be sure, some analysts caution that it is still relatively early in the election cycle, and that Trump will likely pivot to a more advertising-heavy campaign should he become the Republican nominee, especially as he is likely to face a battery of TV ad attacks from Clinton, who is widely expected to be the Democrat candidate.

Any pullback in spending on Trump's part will likely be offset by spending to influence votes at state and local level on various measures that will be on the November ballot, as well as ad buys for other Congressional elections, said Tracy Young, an analyst at Evercore. The death earlier this month of Supreme Court Justice Antonin Scalia has made the key Senate races more important as the next Senate is likely to play a key role in who his successor will be.

If New York businessman Michael Bloomberg or another prominent figure decides to stand as an independent or third-party candidate it could also drive total political spending higher. Bloomberg, the billionaire former mayor of New York City, has told his aides to draw up plans for an independent campaign for the U.S. presidency  and has indicated he would be willing to spend at least $1 billion of his own money, a source familiar with the situation said last month.

A total $3.8 billion was spent on all political TV advertising in 2012, the last presidential election year, according to research firm Kantar Media CMAG. Of that total, spending by the Obama and Romney campaigns and related advocacy groups was only $953 million.

"We view the political season as a bonus we get every two years,” said Salvatore Muoio, whose firm, New York-based S Muoio & Co LLC,  invests in a number of local broadcasters such as Tegna, Nextar and Media General, and is still bullish on the sector.

Companies, meanwhile, are telling investors that they are not worried. A Trump nomination would not be "a negative effect because once it becomes a nationwide campaign post-convention, money will need to be spent to win," Nexstar Broadcasting, which expects to bring in $100 million from political spending this cycle, told analysts on its earnings call last Wednesday. The Democrats and Republicans both hold their conventions in late July.

Steven Marks, co-chief operating officer  of Sinclair Broadcast Group, which has 164 stations stretching from Iowa to Ohio and Florida, told analysts Thursday that "I would suspect that if he's the nominee, and this is just me thinking out loud, the RNC (Republican National Committee) is going to have no choice but to back him and the money will flow. The prize is too big."

"This guy is the king of earned media," Passwaiter said. "When every tweet you send out is posted on 3 billion websites you don't have to spend a whole heck of a lot of money."