Melissa Harris-Perry OUT At MSNBC After Critical Email 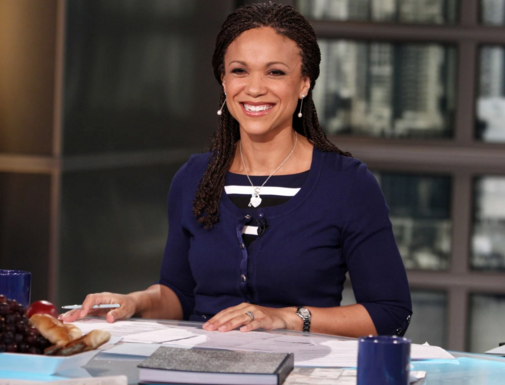 The MSNBC host Melissa Harris-Perry is officially out at the network.

Two days after Ms. Harris-Perry publicly stated she felt “worthless” to NBC News executives after several weeks of pre-emptions for her eponymous weekend morning show, an MSNBC spokesman on Sunday confirmed that the network and Ms. Harris-Perry were “parting ways.”

Ms. Harris-Perry said in an email on Sunday that she was not in direct communication with anyone at the network but that “terms of severance, not reconciliation” were still being negotiated.

The NY Times reports even by the occasionally dramatic standards of television news, this was an unusually public and ugly breakup. In an interview with The New York Times on Friday, Ms. Harris-Perry said that she was frustrated that MSNBC had effectively sidelined her without clarifying whether her show had been canceled. She said she was told that this would happen for the “foreseeable future.” As a result, she said that she was refusing to appear on her show over the weekend.

MSNBC, which significantly trails Fox News and CNN in ratings, is in the midst of an overhaul, pivoting away from its left-leaning identity toward hard news in the daytime hours. Ms. Harris-Perry had been the host of her show, which focused on issues like racism and social justice, since 2012.

On Friday, she went public with an email that she sent that week to staff members in which she complained that the NBC News chairman Andrew Lack and Phil Griffin, the president of MSNBC, were letting her twist in the wind.

“I will not be used as a tool for their purposes,” she wrote. “I am not a token, mammy, or little brown bobble head. I am not owned by Lack, Griffin, or MSNBC. I love our show. I want it back.”

She explained in an interview she did not believe that what was happening with her show was occurring because she is black.

The unraveling began four weeks ago, right before the Iowa caucus, when Ms. Harris-Perry said the branding for her show began to disappear and be replaced with MSNBC’s slogan, “The Place for Politics.”

According to The Washington Post, MSNBC’s pivot to more news reporting, especially campaign coverage, has lately resulted in improved ratings. So far this year, its weekday ratings among all viewers have grown 57 percent over the same period in 2015, compared with a 38 percent gain for CNN and 20 percent for Fox News, the cable-news leader, according to MSNBC. Among viewers aged 25 to 54, a key bloc for advertisers, MSNBC is up 76 percent, compared with 25 percent for CNN and 19 percent for Fox.
Posted 3:55:00 AM