Sony Music is suing online radio service Radionomy for copyright infringement – a company that just so happens to be a sister organisation to Universal under Vivendi.

In a lawsuit filed at a California federal court last Friday (Feb 26), a group of Sony brands – including Arista Records, LaFace Records and Sony Music Entertainment – accuse the service of violating their copyright on several counts. 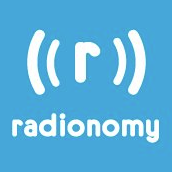 Music Businees Worldwide reports in addition to owning Winamp and Shoutcast, Radionomy hosts 57,000 radio stations which are managed by its users – typically stations which broadcast for free online.

It also controls TargetSpot, the first digital audio advertising network in the United States and in France, as well as offering FM radio stations tools to develop and monetize their digital presence.

Sony is claiming the maximum US statutory damages amount of $150,000 per infringed track.

Radionomy was offline for a few hours, but has returned...


Thank you for your patience. Our services are now back to normal and we are working with our partners in order to prevent such outage.
— Radionomy (@Radionomy) March 2, 2016