WEQX 102.7 FM in Manchester vT has returned to  broadcasting at full strength.

Engineerstook delivery of its new tower and antenna for its Mount Equinox location from a Maine-based company last week.

"We know it's been less than awesome since the beginning of the year when a storm knocked the original one down, with more static and less reception in some areas, but all will be back to normal," the alternative rock station announced on social media last week. 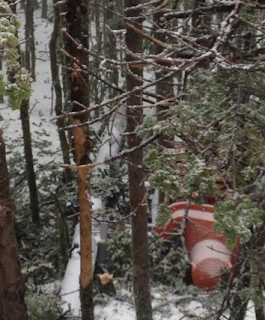 The broadcast completely cut out the morning of Dec. 29. It was found the radio station's communications tower, located on Mount Equinox in Manchester at an elevation of 2,490 feet, had collapsed and broken in two. Station management said the collapse was likely caused by high winds, ice and snow from a storm.

The station was broadcast from a 1,250-watt antenna on a 174-foot tower, according to FCC records, equivalent to 10,000 watts. The broadcast strength gives the station a coverage area as far as Amsterdam, N.Y.; Keene, N.H.; and Pittsfield, Mass. Station management said the new tower would be the same height and offer the same broadcast strength as before.

The Bennington Banner reports before the new tower was delivered, the station was broadcasting from a "temporary" tower and antenna on Mount Equinox. Reception in some areas wasn't as strong as before and some listeners weren't able to pick up the station at all. The station, which was founded in 1984, encouraged people to listen online.
Posted 3:12:00 AM