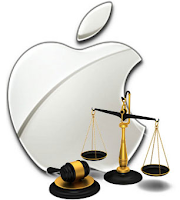 (Reuters) -- Apple Inc on Thursday struck back in court against a U.S. government demand that it unlock an encrypted iPhone belonging to one of the San Bernardino shooters, arguing such a move would violate its free speech rights and override the will of Congress.

The high-stakes fight between Apple and the government burst into the open last week when the U.S. Federal Bureau of Investigation obtained a court order requiring Apple to write new software and take other measures to disable passcode protection and allow access to shooter Rizwan Farook's iPhone.

The clash has driven to the heart of a long-running debate over how much law enforcement and intelligence officials should be able to monitor digital communications.

Arguing that the court should throw out the order that it issued last week, Apple said in its brief on Thursday that software was a form of protected speech, and thus the Justice Department's demand violated the constitution.

Apple also contended that the court was over-stepping its jurisdiction, noting that Congress had rejected legislation that would have required companies to do the things the government is asking Apple to do in this case.

"No court has ever authorized what the government now seeks, no law supports such unlimited and sweeping use of the judicial process, and the Constitution forbids it," Apple said in its filing.

The government argues that the All Writs Act, a broad 1789 law which enables judges to require actions necessary to enforce their own orders, compels Apple to comply with its request.

But Apple argued in its filing that prosecutors wrongly applied a key U.S. Supreme Court case, which involved a telephone company, to the San Bernardino situation. Since Apple is not a utility, and because Congress declined to force companies like Apple to build "backdoors" into their products, Apple said it should not be forced to help the government hack into the San Bernardino iPhone.

The Justice Department won the order from the federal court in Riverside, California last week, without the company present. The judge allowed Apple to respond in the brief on Thursday, and a hearing is scheduled for next month.
Posted 4:00:00 AM