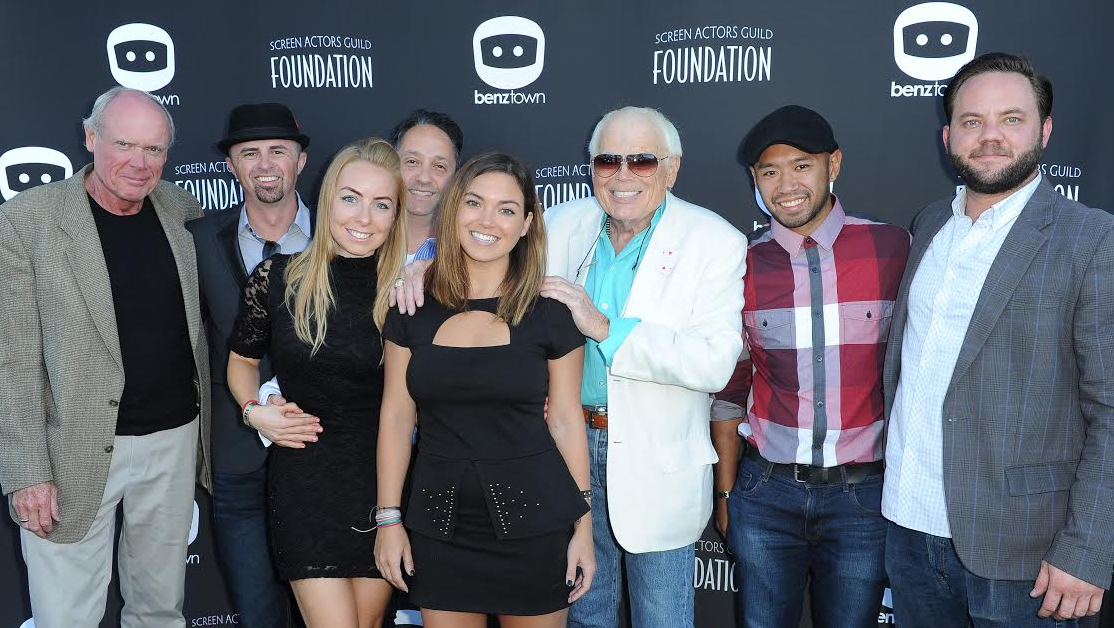 When guests weren’t ante-ing up, they flocked to the Flight Simulator sponsored by New Trails Productions, played in other casino-styled games, mugged for free shots in the photobooth, and danced the night away under a canopy of vintage aircraft. Party guests entered the big raffle with over 21 exclusive items and walked away with everything from a private IMAX screening to a Portable Recording Studio (valued at $3500). The two “Pilot” sponsors of the Poker Classic were Benztown and New Trails Productions along with “Co-Pilot” sponsors Integrated Wealth Management and Jim Tasker, VIP suite sponsor Edge Studios, and more. Over 75 sponsors and donors pitched in to ensure everyone went home a winner!

“It was a fierce night, filled with friendship and more poker faces than I care to remember! The unity of this group is something to behold, and they definitely know how to have a good time!” said Host Robert Hays.

The Grand Prize winner of the tournament was voice-over artist and actress Julie Marcus. Marcus won a package including a 3-night stay at the Hilton Los Cabos, two first class tickets on United Airlines, a Dunkin’s Diamonds watch and more.

The SAG Foundation Poker Classic and Party is the major annual fundraiser for the SAG Foundation’s Don LaFontaine Voice-Over Lab, a state-of-the-art voice over facility that offers free workshops, seminars and demonstrations led by industry experts for voice-over artists. The fully-equipped studio also allows voice-over artists to perfect their craft by making demo reels and recording auditions, all at no cost.
Posted 3:05:00 AM