After 55 years in broadcasting, the last 40 at ABC Radio, Vic Ratner is entering a new phase in his life.

“I'm done. I'm off the radio. I've got a couple of college course catalogues on the table in front of me and I'm going to start picking courses and learning to go to class and catching up on things that I never had a chance to learn.”

Yep, that’s right. Vic is off to college. In an interview today with the Radio Stuff podcast, Ratner revealed his plan while talking about the future of radio.

“I think radio is going to continue to be a primary source of news in critical emergencies, when people have no other place to turn. Where we go beyond that -- boy, I would really like to know. And you know one of the things I want to do with my retirement is go back to college. I maybe the oldest guy in the class, but I want to go back to college and learn more about how we can best, better communicate with people out there and provide the information they need in their lives.”

During the conversation, Ratner riffed on key moments in his career, like the story that caught him most off guard.

“In the beginning of 1973 I was the low guy on the totem pole and they sent me to the Washington DC courthouse for the criminal trial of four guys who broke into the Democratic National Convention headquarters. Why would anybody break into the Democratic headquarters? They didn't think it was going to be much news, but by the end of that trial we heard the words, ‘hush money,’ ‘White House cover-up,’ and I spent the next two-and-a-half years covering something called Watergate.”

In the episode the long time newsman, who has reported from 49 states and 53 countries, offered advice to young broadcasters, recalled how he got into radio, listens back to his coverage of the day Challenger exploded, “Chills. Absolute chills,” and shares the secret to how he learned to write so descriptively for radio. 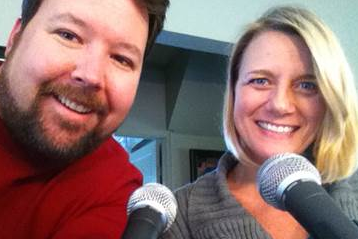 Radio Stuff is a weekly podcast about radio for radio. Larry Gifford and Deb Slater host an insider’s listen to what’s happening on the radio. Now available on iTunes, TuneIn, Stitcher, Podomatic, and UberTalk.
Posted 3:40:00 AM