Investors Not Impressed With Apple Earnings

Apple reported record results on Monday — yet fickle investors punished the stock, sending it plummeting close to 9 percent in aftermarket trading on fears that the current quarter is on track to disappoint.

According to the NYPost, the iPad maker said it earned $57.6 billion in the October-to-December quarter — beating its last quarterly revenue record of $54.5 billion this time last year.

Apple told Wall Street to expect revenue for the current quarter to be $42 billion to $44 billion, squashing analyst’s dreams of revenues of $46 billion. the Cupertino, Calif., company posted revenues of $43.6 billion in the period last year, or roughly what it’s predicting this time around. 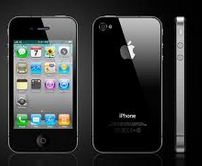 Also dragging down the stock were disappointing i-Phone sales. Apple said it sold 51 million iPhones in the first quarter, beating its previous record of 47.8 million in the year-ago quarter. But analysts had been expecting Apple to sell more than 55 million iPhones worldwide during the holiday quarter.

Yet Apple’s share movements affect many investors, whether they like the stock or not, according to Marketwatch.

Apple’s 10-largest institutional shareholders own more than 20% of the shares outstanding. If you have money with Fidelity Investments, Vanguard Group, BlackRock’s iShares exchange-traded funds, State Street Corp.’s SPDR ETFs, T. Rowe Price, TIAA-CREF or Invesco PowerShares, chances are good that you have a stake in Apple’s fortunes.
Posted 6:16:00 AM