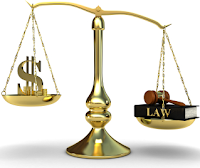 A divided federal appeals court upheld a federal ban Monday on paid commercial, political and issue advertising on public broadcast radio and television stations, according to The LA Times.

Rejecting a free-speech challenge to the ban, U.S. 9th Circuit Court of Appeals ruled that Congress was entitled to establish regulations to ensure that public broadcasting would be educational and noncommercial.

Monday’s ruling overturned a smaller panel’s decision last year that would have permitted paid political and issue advertising. That ruling opened the door to hundreds of millions of dollars in ads for struggling public stations -- and could have caused economic headaches for radio and TV stations who depend on political ad spending.

“Congress recognized that advertising would change the character of public broadcast programming and undermine the intended distinction between commercial and noncommercial broadcasting,” Judge M. Margaret McKeown wrote for the majority Monday.