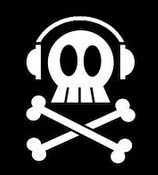 Brooklyn District Attorney Charles Hynes has announced the arrests of Seon Bruce, 40, and Solomon Malka, 51, for operating a pirate radio station out of and , according to the NY Observer.

The defendants have been charged with a class-A misdemeanor, Unauthorized Radio Transmission. If convicted, they could serve up to a year in jail.

Mr. Bruce is believed to have been the deejay for the station, calling himself “The Fresh Kid.”

The men were broadcasting on the radio frequency 104.7FM without a Federal Communications Commission license.

In April, an FCC engineer tracked the underground radio station’s signal to a rooftop in , where detectives promptly seized the transmitting equipment. Mr. Malka told investigators that he had installed the equipment, and was aware that the station was operating without a license.

Detectives also found transmitting equipment for another radio station, 91.7FM, which was not broadcasting at the time. Mr. Malka falsely claimed that he had an FCC license for the station. In June, 91.7 FM was found to be on the air, and the equipment was seized from an elevator room at the top of an apartment building in .

has seen more FCC enforcement against pirate operations than any other state, with 330 official actions including citations, fines and shutdowns logged against pirate radio stations since 2003.