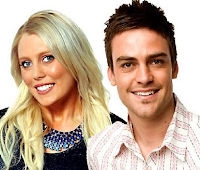 "Nor do we expect there to be any requests," according to news.com.au.

"There was some initial contact after the death of (nurse) Jacintha Saldanha but not a lot since and because of the passage of time we believe it is unlikely any charges will be laid."

Since her death, it has been revealed Ms Saldanha had attempted to kill herself twice in the past year and had been prescribed anti-depressants.

British media this week suggested the Australian DJs might be charged over the prank call, saying Scotland Yard had sent a file to the Crown Prosecution Service (CPS).

"Following the death of Jacintha Saldanha, officers have liaised with the CPS as to whether any criminal offences had been committed in relation to the hoax call made to King Edward VII's Hospital in the early hours of Tuesday, December 4," Scotland Yard said.

Officers submitted a file to the CPS last week for it to consider whether any offences may have been committed by making the hoax call."

But senior NSW police believe British prosecutors would have difficulty in finding a charge that could be laid against the DJs.

Ms Saldanha's suicide made world headlines three days after the call was aired on 2Day FM.