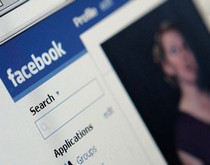 When Facebook gets involved, relationships can quickly fall apart – as Hosni Mubarak and Muammar Gaddafi have discovered. But dictatorships are not the only ties being dissolved by social networking sites: now Facebook is increasingly being blamed for undermining American marriages, according to a story by Richard Adams, Washington DC reporter for  guardian.co.uk.

Even though the rate of divorce in the US has remained largely stable in recent years, American divorce lawyers and academics have joined Middle East analysts in picking out Facebook as a leading cause of relationship trouble, with American lawyers now demanding to see their clients' Facebook pages as a matter of course before the start of proceedings.

"We're coming across it more and more. One spouse connects online with someone they knew from school. The person is emotionally available and they start communicating through Facebook," said Dr Steven Kimmons, a clinical psychologist and marriage counsellor at Loyola University Medical Centre near Chicago.

Yet while the US media has been quick to trumpet any evidence of Facebook as the country's leading marriage-wrecker, the truth is "It's complicated," as the site's relationship status would have it.