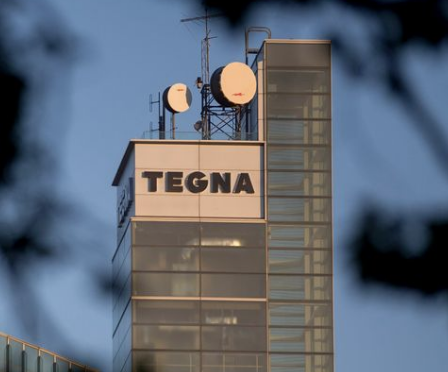 Private-equity firm Najafi Cos. and faith-based broadcaster Trinity Broadcasting Network have offered to buy Tegna Inc. for cash consideration of $20 a share, adding their bid to a crowded field of suitors.

The offer values the broadcaster at roughly $4.4 billion and would bring Tegna’s 62 television stations and four radio stations in 51 markets together with Trinity Broadcasting’s 32 global networks in more than 175 countries. Phoenix-based Najafi focuses on media, technology, consumer and sports companies.

The bid comes just a week after the media mogul Byron Allen made an all-cash, $20-a-share bid for the broadcaster.

Private-equity firm Apollo Global Management Inc. has also set its sights on Tegna, offering the company an all-cash $20-a-share bid earlier this month. Another contender is Gray Television Inc., which made a $20-a-share offer for the Tysons, Va., broadcaster, though its offer was a mix of mostly cash and some stock.

Tegna, one of the biggest broadcasters in the industry, is the largest owner of NBC, CBS, ABC and Fox stations in the top-25 U.S. markets. Overall its stations reach 39% of the country.
Posted 1:12:00 AM