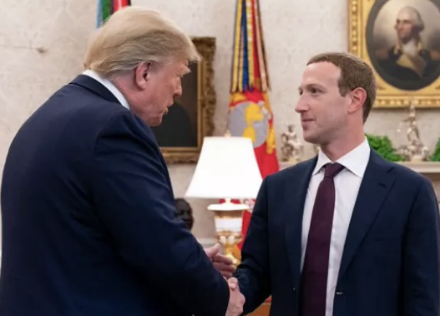 Facebook CEO Mark Zuckerberg sought to woo some of his top critics in Washington during a string of Capitol Hill meetings on Thursday, underlining how seriously the tech executive is taking the intensifying government scrutiny of his company, reports The Hill.

Zuckerberg's meetings with Republican senators on Thursday and sit-down with Democrats the day before marked his first return to the halls of Congress since he testified in widely publicized hearings in April 2018.

In closed-door meetings with influential senators, Zuckerberg defended his company against accusations that it has amassed too much power, censored conservative voices and failed to adequately protect against election interference on the platform.

According to a Facebook spokesperson, Zuckerberg came to town to discuss "future internet regulation." According to lawmakers and their offices, the meetings ultimately addressed everything from data privacy to conservative bias, with Zuckerberg in the hot seat.

"Good dinner last night with my colleagues and Mark Zuckerberg," Warner tweeted. "There is a long road ahead of us but I appreciate his candor, and that he took our concerns seriously. Hope we can work together to address these challenges."

One hitch: But Zuckerberg's seemingly smooth tour hit a snag on Thursday after he sat down with Sen. Josh Hawley (R-Mo.) for over an hour in the senator's office.

After the huddle, Hawley convened a press gaggle, telling reporters he had asked Zuckerberg to sell off Instagram and WhatsApp to "prove" that he is committed to privacy.

Hawley added that Zuckerberg seemed taken aback by his suggestions and was "not receptive."

Facebook CEO Mark Zuckerberg met with President Trump at the White House on Thursday after spending the afternoon talking to lawmakers on Capitol Hill, the company said in a statement.

Zuckerberg had a “constructive” meeting with Trump after speaking with lawmakers about internet regulation, Facebook said.
Posted 3:41:00 AM