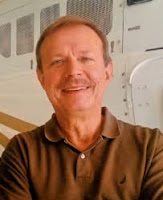 He was 68 and passed away after battling glioblastoma.

Mr. Zelle was the afternoon drive DJ at KDKA-AM from 1972 to 1976. He also hosted the station's Saturday morning show.

After leaving KDKA, he spent more than 30 years at WJR in Detroit as traffic reporter and helicopter pilot. He also was a traffic reporter at WXYZ-TV in Detroit. His radio career also included stints at WBZ in Boston, WIS in Columbia and WSB in Atlanta.
Posted 1:01:00 AM