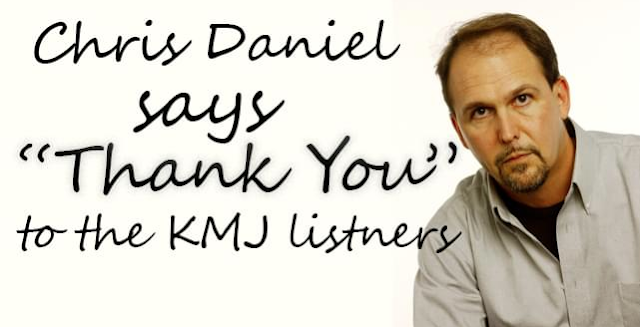 Popular KMJ 580 AM / 105.9 FM talk host with nearly three decades on Fresno’s airwaves has announced that he will be entering a state of semi-retirement and hanging up his headphones.

Chris Daniel, who started his radio career in the Central Valley by helping found KRZR in 1989, where he hosted the morning program “Front Row” from 1990 to 2004. He later moved onto KMJ, where he became the host of The Chris Daniel Show. In a letter addressing his departure, Daniel explained that he’d contemplated retirement for a few years, but the passing of his mother complicated matters.

“First of all, I am ok,” Daniel said. “Truly. Stop worrying. I was simply looking hard at some things that I have been contemplating for a while now and I wanted to be certain that I was doing the right thing.”

The Business Journal reports Daniel further elaborated that his departure, which was announced on Monday, had nothing to do with the station or its staff. He gave no specifics to this future plans, but stated that if he does return to radio, he would only do so with KMJ.

Daniel said that he would possibly go back on the air at some point (as a guest) to further explain his departure.
Posted 1:09:00 AM