Democrats are reviving the battle over net neutrality with a new bill that would restore the Obama-era regulations on the broadband industry.

According to The Hill, Congressional Democratic leaders introduced the Save the Internet Act with a show of force on Wednesday emphasizing the popularity of the rules and calling on Republicans to back the legislation.

"Supporting this bill means supporting our democracy, ensuring that the voices of the public are heard, their will is respected and the internet remains free and open to all," House Speaker Nancy Pelosi (D-Calif.) said at a press conference Wednesday alongside top Senate and House Democrats as well as net neutrality activists. 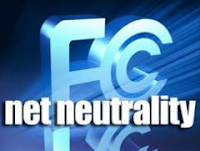 Those rules were hugely popular among voters of both parties. Polls have found approval for the rules as high as 83 percent. And during the FCC's months-long process of repealing the rules in 2017, an unprecedented 24 million comments were submitted to the agency.

The political odds: Democrats are hoping that support can be translated into public pressure on Republicans to cross the aisle and support the bill.

Reps. Greg Walden (R-Ore.), Bob Latta (R-Ohio) and Cathy McMorris Rodgers (R-Wash.) -- the top Republicans on the House Energy and Commerce Committee -- though insisted that the internet has been functioning just fine since the FCC repealed the reclassification in December 2017. "Let's come together to ensure that continues, because all sides want a permanent solution," they said in a joint statement. "Instead of looking to the extremes, and discarding twenty years of bipartisan consensus, we can come together on shared principles to address blocking, throttling, and paid prioritization."

What's next: Pallone, who chairs the House Energy and Commerce Committee, promised that the panel will be moving quickly on the bill. The committee is scheduled to hold a legislative hearing on Tuesday.
Posted 2:28:00 AM