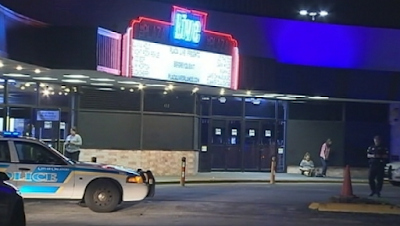 UPDATE 6/12/16 6AM: A man thought to be a deranged fan fatally shot Christina Grimmie, a rising singing star who gained fame on YouTube and as a contestant on television's "The Voice," while she was signing autographs after a concert in Orlando, Florida, police said on Saturday.

The suspect, identified as 27-year-old Kevin James Loibl of St. Petersburg, Florida, died of a self-inflicted gunshot wound after he was tackled by the 22-year-old singer's brother in the Friday evening attack, Orlando police said.

Loibl is believed to have traveled to Orlando for the event. He had two loaded handguns, additional ammunition and a hunting knife at the time of the shooting, police said.

Orlando Police Chief John Mina told reporters the suspect did not appear to have a criminal record and there was no indication he and Grimmie knew each other. Mina said it appeared he may have been a deranged fan.

(Reuters) -- Christina Grimmie, a rising singing star who gained fame as a YouTube sensation and a contestant on television's "The Voice", was shot dead while signing autographs for fans after a concert in Orlando, police said on Saturday.

The suspected attacker died of a self-inflicted gunshot wound. Police believe he traveled to the Florida city specifically to carry out the shooting, authorities said.

Investigators are still trying to determine a motive for Friday night's shooting, Orlando Police Chief John Mine said at a news conference. 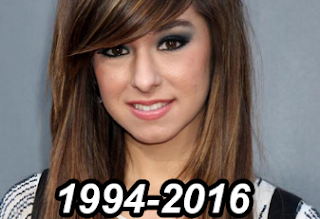 Grimmie, 22, was signing autographs for fans inside the Plaza Live music venue just before 10.30 p.m. on Friday after performing as the opening act for the band Before You Exit, police said.

The 21-year-old man, whom police have not yet identified, approached Grimmie with two guns and opened fire before Grimmie's brother Marcus tackled him, an act that Mine said probably saved lives.

Police Chief John Mina said the gunman apparently traveled from another city in Florida to Orlando to confront her. Chief Mina said the suspect didn't appear to know Ms. Grimmie personally and may have been a deranged fan, though the motive was still unknown.

The suspect shot himself and died after being tackled, police said. Grimmie was taken to a local hospital in critical condition and died from her injuries early on Saturday morning.

A New Jersey native, Grimmie first drew attention several years ago for her YouTube videos featuring covers of pop songs. In 2014, she placed third on the "The Voice," a singing competition on NBC, with Maroon 5 lead singer Adam Levine as her coach.