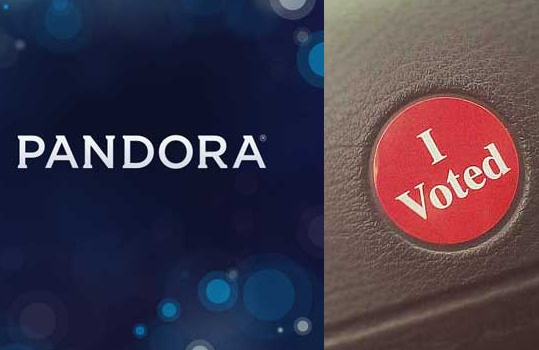 If you live in Florida and spend much time on Pandora's streaming service, CNBC reports chances are you're hearing a lot of "Rick Scott for Governor" commercials. How often depends on how much you like country music.

Meanwhile, with the 2014 mid-term elections just two weeks away, Pandora fans in Arkansas and North Carolina are hearing plenty about their states' U.S. Senate races.

In an era of data-driven marketing and money rapidly shifting from old media to the Web, few companies are as favorably situated as Pandora is to take advantage of the transition, particularly when it comes to the advertising dollars that flood U.S. elections. According to consulting firm Borrell Associates, political ad spending this year will reach $8.3 billion, with half of that coming in August, September and October.

Here's why Pandora is a treasure trove for politicos: The service had 76.4 million active users listening to 5 billion hours of radio, mostly on mobile devices, in the second quarter. When consumers sign up, they hand over their ZIP code, age and gender. In August, Pandora had more than six times the number of listening sessions as its closest online competitor, iHeartMedia, according to Triton Digital.

As if that weren't enticing enough for campaign advertisers, earlier this year Pandora informed political operatives that musical tastes say something about how people vote and provided an added filter for marketers. Country music fans more often live in Republican areas, while those who prefer jazz, reggae and electronic music tend to reside in areas favoring Democrats. Like R&B? Odds are you're a Democrat. Leaning slightly the other way are fans of gospel and new-age songs.

Candidates are all over it. Sean Duggan, vice president of sales at Oakland, California-based Pandora, said the company is serving ads for about 400 campaigns (individuals and issues) in this election, double the number from the 2012 season, when President Barack Obama and challenger Mitt Romney both advertised on Pandora.

"We have scale and can be really discrete with targeting, with very little waste," said Duggan.