Aereo Inc. Chief Executive Officer Chet Kanojia challenged CBS Corp. (CBS) and News Corp. (NWSA)’s Fox broadcast network to follow through on threats to go off the air and switch to cable to prevent the Internet startup from retransmitting their shows without permission. According to Bloomberg.com

Lower advertising revenue from cable and pressure from lawmakers will make it difficult to put the switch into practice, Kanojia said in an interview yesterday.

CBS and News Corp. have both threatened to take their broadcast signals off the air if Aereo, backed by billionaire Barry Diller, is allowed to continue reselling network programming over the Internet without paying a retransmission fee. The two networks would be sacrificing billions of dollars in ad revenue by making the switch, Kanojia said. 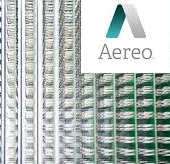 “The reality is, they want to get paid twice, and Aereo is just an excuse to articulate that business strategy,” Kanojia said. “Good luck to them.”

Broadcast and cable networks have two main sources of revenue: advertising sales and fees from pay-TV such as DirecTV (DTV) and Time Warner Cable Inc. (TWC) that carry their programming.

While broadcast advertising trumps cable advertising because the audiences are much bigger, CBS and Fox say they must be compensated for their programming. CBS could go off the air if courts don’t stop Aereo, Leslie Moonves, the New York-based network’s CEO, said this week.