Streaming Audio Gets Rolling Into Cars 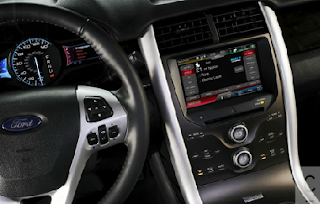 Between 25% and 50% of new American cars already give buyers the option of having a digitally connected dashboard — and that number is expected to top 80% by 2014, according to panelists speaking at the Radio Show conference here on Friday.

According to a story by Carol Marie Cropper at netnewscheck.com, Ford cars have already reached that percentage, according to Scott Burnell, a mobile business development analyst with Ford Motor Co. About 80% of Ford cars are designed to allow the dashboard to synch with a user’s smart phone so the driver can use voice activation or touch screen icons to call up Pandora and similar streaming music services or a local FM station, he said.

Other auto manufacturers have jumped aboard the digital bandwagon, providing cars — especially high-end vehicles and those marketed to young adults — that let drivers easily access their beloved apps on the road, said John Rosso, president of market development at Triton Digital.